Kareena Kapoor Khan and Saif Ali Khan were recently spotted at Mumbai airport as they flew with their children Taimur Ali Khan and Jeh Ali Khan. The family did not announce if this was a work trip or a leisure trip. Saif-Kareena were recently in Ladies with their sons to ring in Saif’s birthday.

Kareena, who is quite active on social media these days, often shares her family photos on the platform so fans are expecting that she will soon take to Instagram and let them know more about her trip. 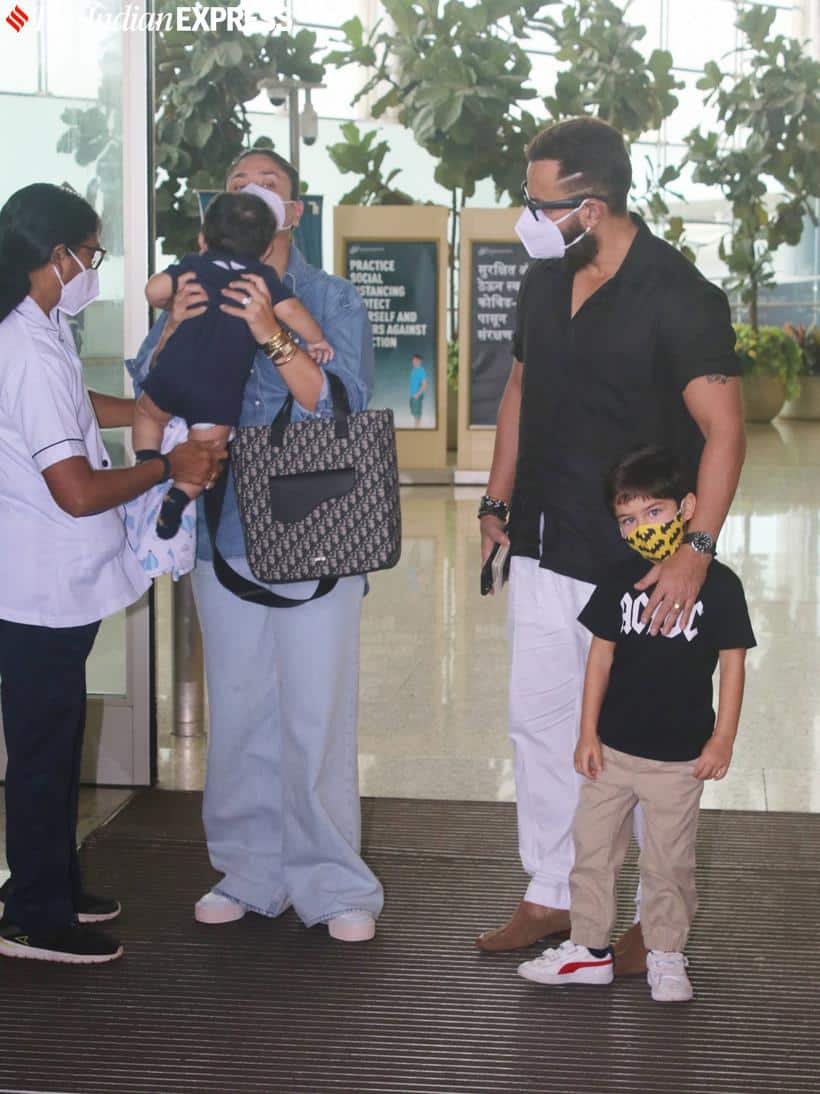 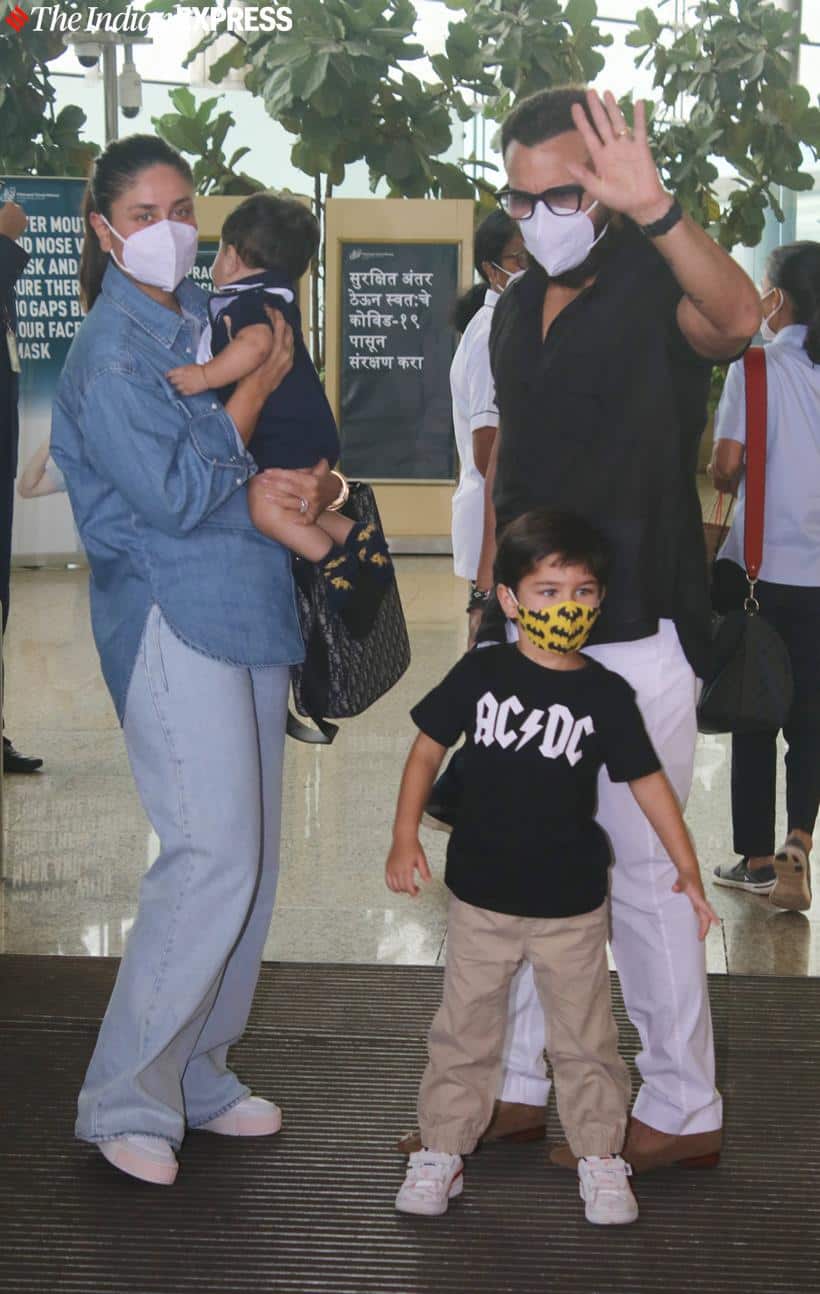 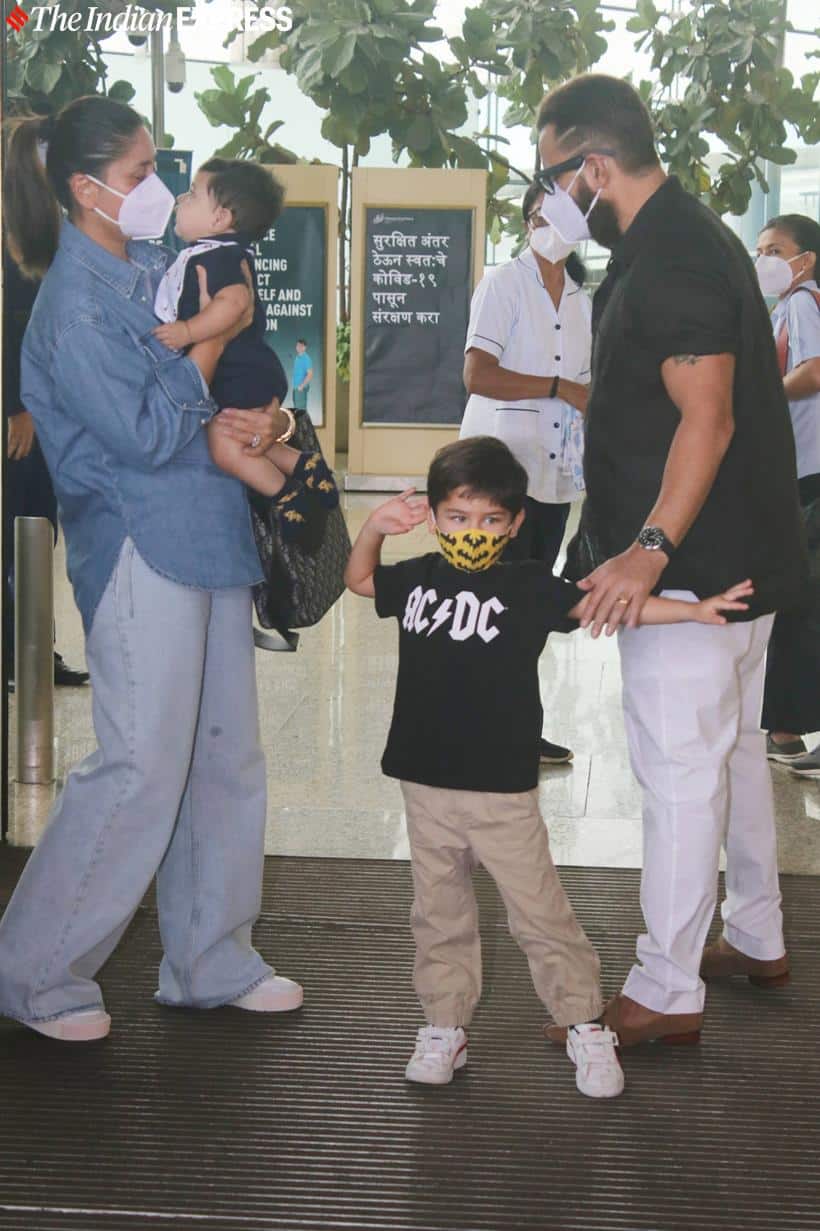 In these new photos, Kareena can be seen holding Jeh while Taimur is standing by his father. In some of the photos, we can also see Taimur waving for the photographers.

Kareena has time and again shared glimpses of her kids Taimur and Jeh. She shared a lot about them in her recently released book, titled Kareena Kapoor Khan‘s Pregnancy Bible.

On the work front, Kareena Kapoor Khan was seen on the sets of her upcoming film Laal Singh Chaddha along with her co-star Aamir Khan.

Saif Ali Khan, on the other hand, was seen in the recently released film Bhoot Police. The horror-comedy also stars Arjun Kapoor, Yami Gautam, Jacqueline Fernandez, and Jaaved Jaaferi and was released on Disney Plus Hotstar.

When Kajol spoke about mom Tanuja’s strict upbringing: ‘I was beaten with badminton rackets, dishes’